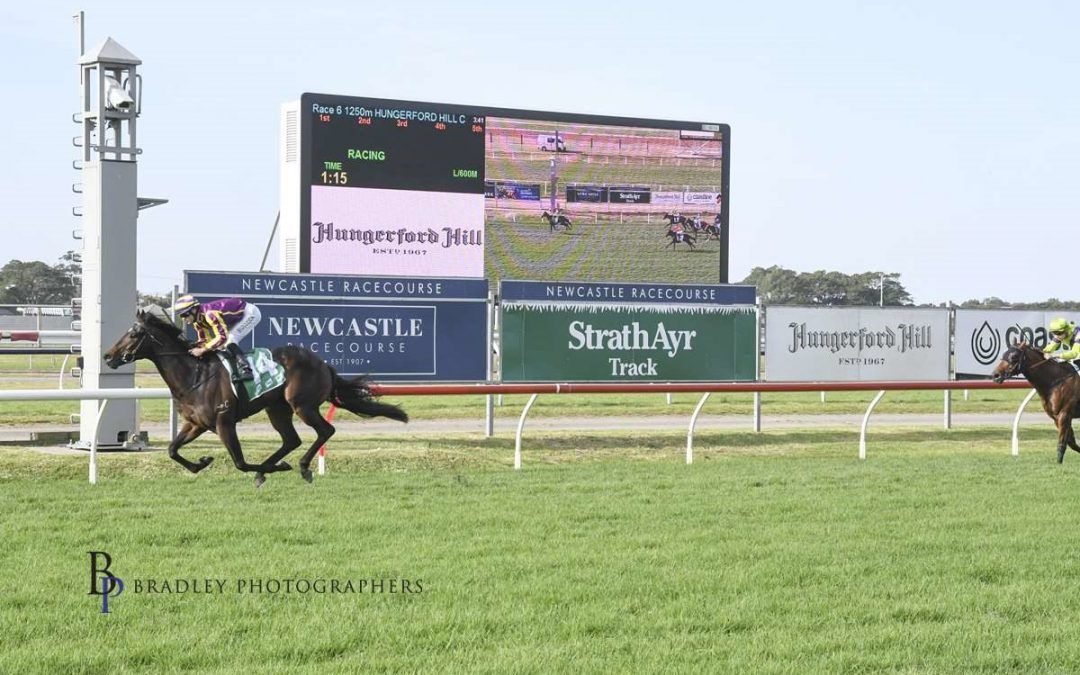 It was a performance that all owners hope for when their horse debuts on the racetrack after being given plenty of time to find their mark. USHINDI (By Ready For Victory) came into his first up assignment off a dominant trial victory and with Aaron Bullock engaged he was always going to be a contender to take out the Maiden S-W (1250m) at Newcastle.

Aaron was able to utilise a swift getaway and from the inside draw to have USHINDI box seating off a moderate tempo. After the first 800m the large field was well strung out and when they put some pressure on up front it was going to be a tough ask for those settling toward the back of the pack. USHINDI was able to loom large on the bend and with a patient ride he was able to present and let down powerfully to score a runaway victory by almost 5 lengths.

The future is bright for this promising galloper from Wyong and we cannot wait to see how he progresses through his first racing campaign.

Congratulations to all involved