Onemore Sapphire Back to Back 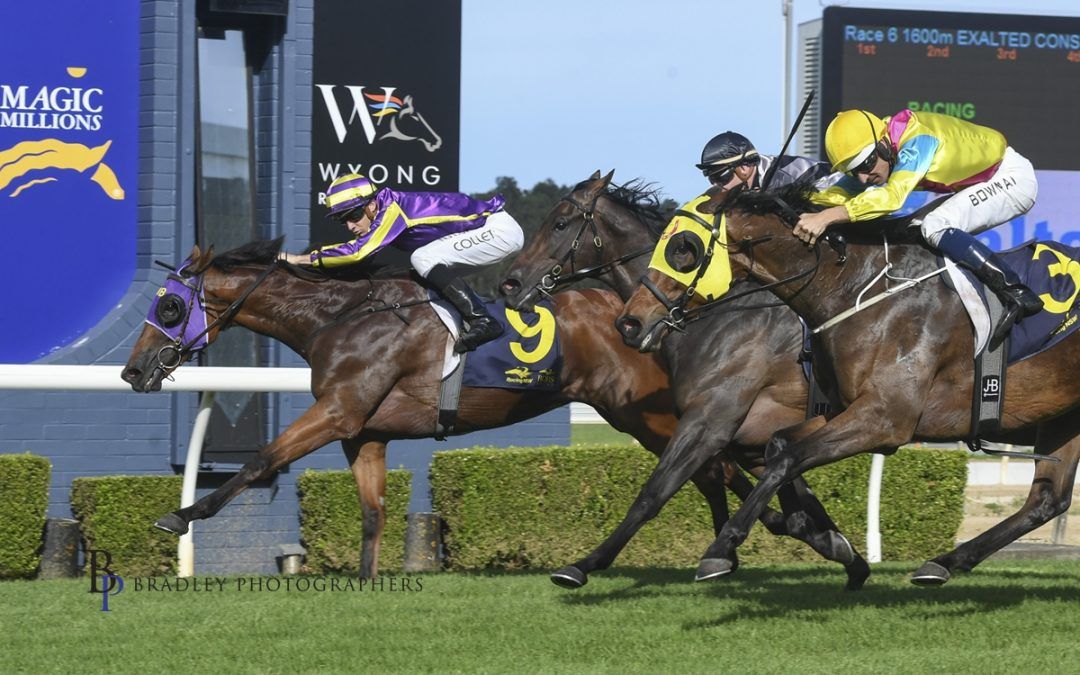 Coming off a dominant win (2.2L) last start over the mile, our decision easy keeping ONEMORE SAPPHIRE at the same distance as he continues to thrive over the mile (5:3-0-1).

Since moving to our stable the son of Onemorenomore has doubled his win total from 3 starts and his only sole losing run was a slightly unlucky 4th (1.6L) when resuming at Newcastle.

He proved his class at Wyong on Magic Millions Day in the last event when forced to work early after missing the kick slightly but luckily Jason Collett was cool, calm and collected and improved the gelding’s position along the rail throughout the race. There was still some luck needed heading into the straight boxed on the rail but thankfully the gap opened up just outside the leader and the 5YO exploded through in the nick of time saluting the judge in a photo finish.

ONEMORE SAPPHIRE appears to have found his zest for racing again and hopefully find his best form when placing in back to back Highway races as a 3YO.