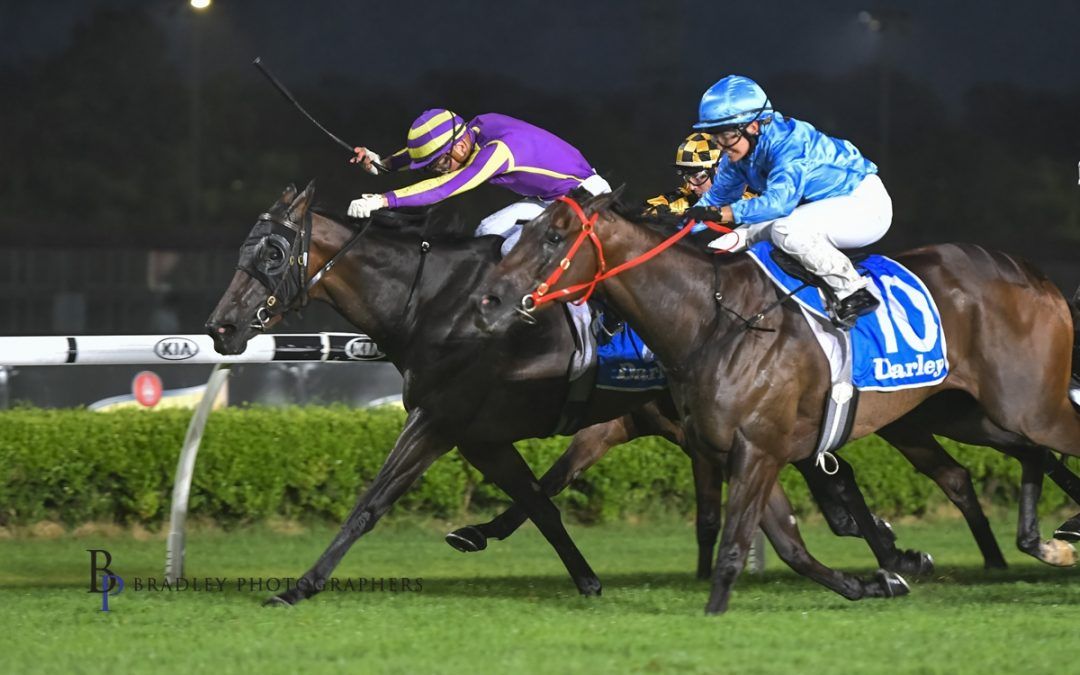 MISS REDOBLE is a tough mare and it has shown this campaign as she continuously shows up and performs consistently.

The campaign began solidly with a couple runs where she finished 2L back including an impressive first up effort at Kembla over the 1,200m flying late in the straight to produce to best last 600m. The daughter of Drumbeats found the placings her next start, behind a dominant winner and followed up with back to back sound performances.

Finally we found her a heavy track on a Friday night at Canterbury and she continued to prove her wet track credentials taking her record on heavy ground to 8:2-1-2 with a narrow victory.

It was great to see her finally reap the rewards of the long prep and what a fantastic ride by Sam Clipperton, which proved the difference with the tight margin. She settled in a lovely spot a couple off the speed and there was a nervous moment at the top of the straight but luckily Sam showed patience, found the gap and she let down beautifully from there to arrive in the shades of the post in a photo finish.