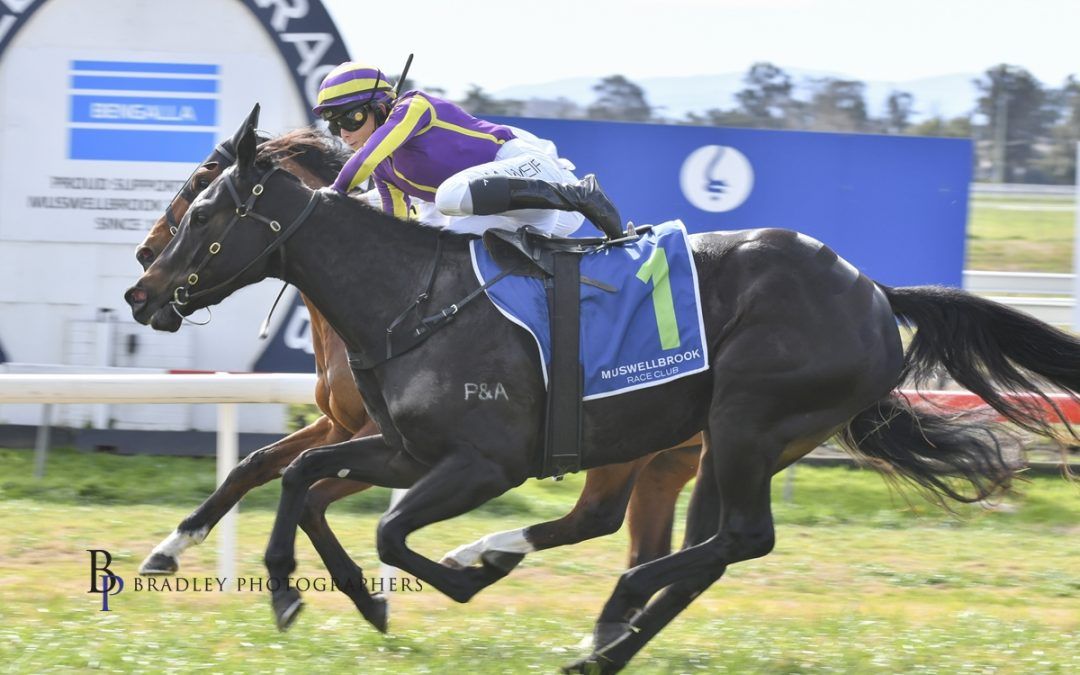 MABEL continues her budding career breaking through at start number 4 after a trio of place efforts. In her first racing campaign she was a 2L second on debut before we decided to take the up and coming filly to the Wellington Boot where she hit the lead with 200m to go finishing third.

After a good spell she held form beautifully placing in her only trial before an eye catching performance at Wyong. She was able to sit 4L off at them at top of the short straight before grabbing second by half a length. The reward came the next time out as she was placed to perfection at Muswellbrook. Mabel settled near the tail with Mikayla Weir weaving through traffic in the straight to arrive right on the line getting the nod in a tight photo finish.

Congratulations to all involved
Owners – Ms T A Quinn