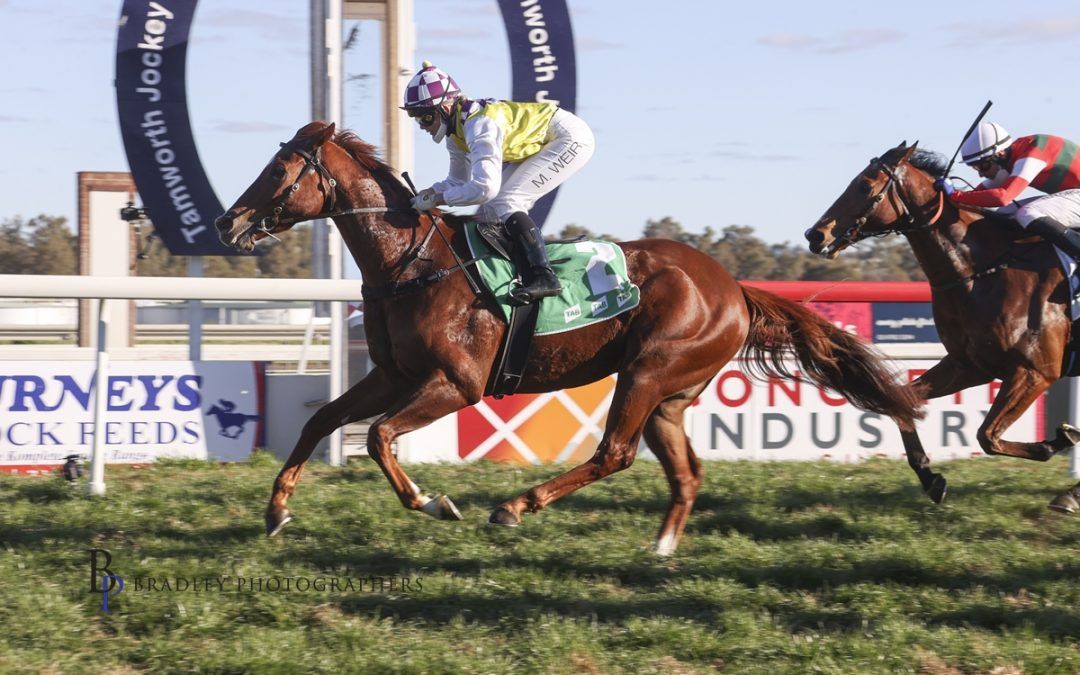 While consistently performing, but not winning,  FLYING SCOTSMAN had placed 4 times in 9 starts andis racing in great form this preparation with two seconds and a third.

He has come out of a couple strong form races where he finished behind a couple subsequent winners War Cabinet and Eminencia 3 starts ago, before chasing home Kanalaide who contested midweek metropolitan grade the start after.

At start number 10 the son of Olympic Glory broke through for a gritty on speed win at Tamworth. Form jockey Dylan Gibbons controlled the beautiful chestnut gelding well throughout, settling behind the leaders and sticking to the rail on the turn, and it proved a winning move as he peel off the leader and finished strongly over the top, going home by just over a length.