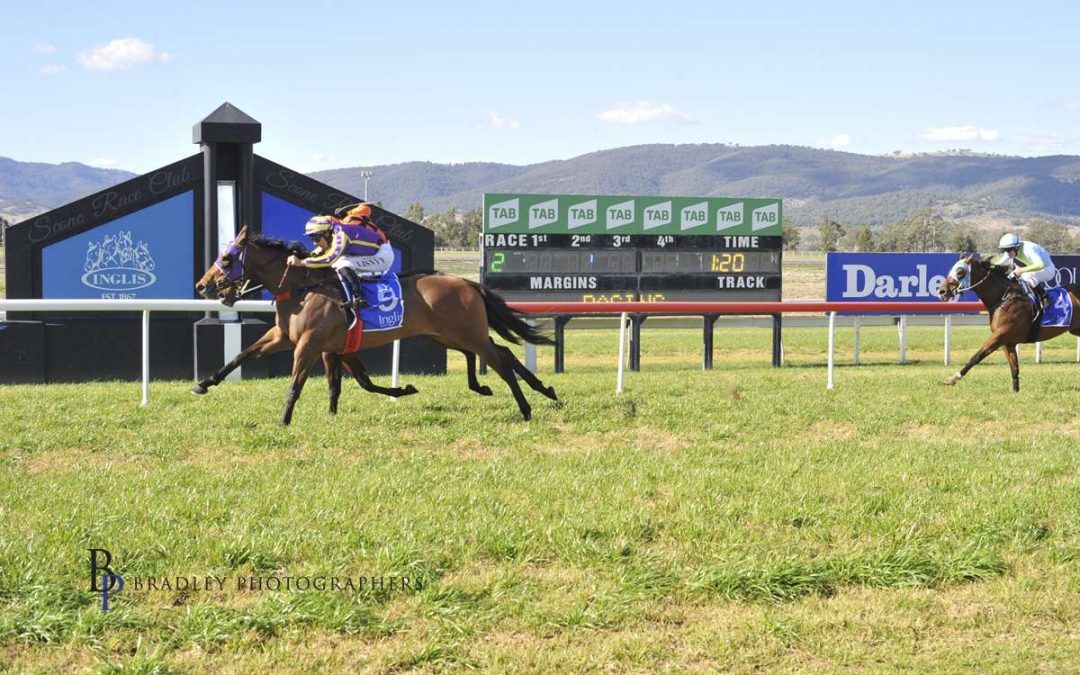 It was a fitting result for ROCKNESS ANGEL (By Fastnet Rock) who let down powerfully to win the Maiden S-W (1300m) at Scone on the 4th August. Serg Lisnyy was able to capitalise on a swift getaway as he parked outside the heavily backed favourite and they entered a battle of two down the long straight. The rest of the field never looked likely to figure and it was our experienced mare who took control over the last 50m to establish a margin and score impressively. Winning races in the highly competitive Upper Hunter region is never easy but when the horse has tenacity and a real will to win it can ensure that they are given every chance on race day.

Tracey commented “We had problems with her last preparation and have worked out that swimming her was putting her back out. She now stays away from the pool and has weekly massage sessions which seems to have done the job. She could have led but we wanted to try riding her quiet and she proved too good for the short-priced favourite. Great ride from Serg”.

This daughter of Fastnet Rock was a 2018 New Zealand Bloodstock Karaka graduate fetching a healthy price of $220,000 on the account of Curraghmore Stud. After kicking off her career in Victoria she made the move to Tracey Bartley Racing late last year and has shown consistent improvement. She was spelled after a short campaign and since returning is really starting to find her mark with this win second up a testament to the patience and hard work of the stable.