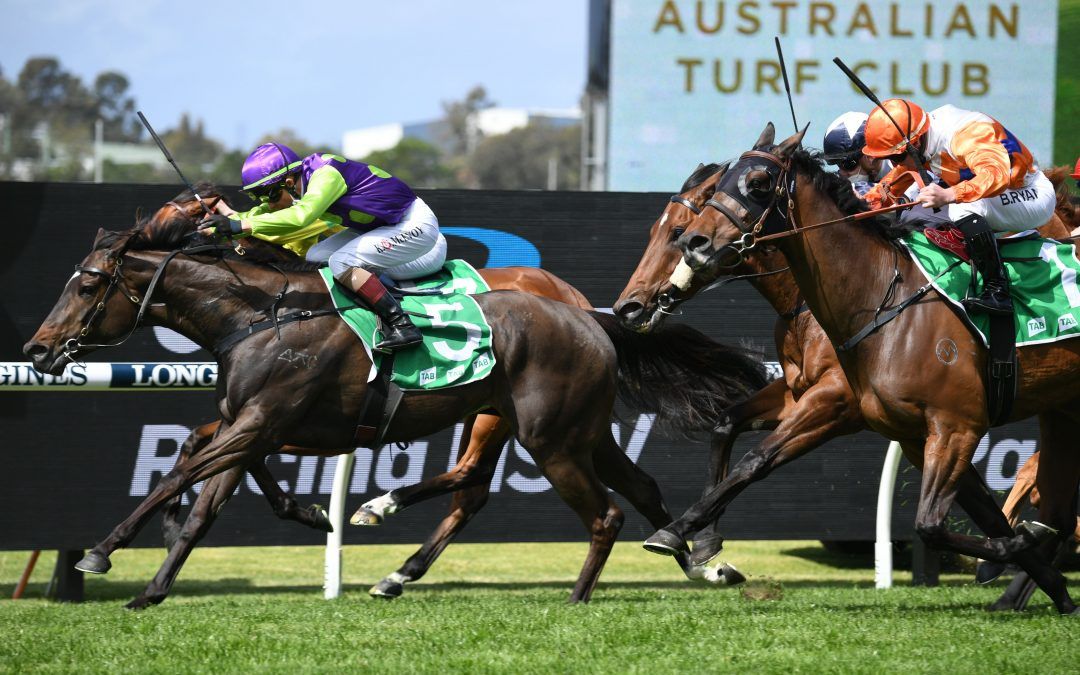 The gifted BAROSSA ROSA had an impressive last preparation, stepping all the way up to the G3 PJ Bell Stakes after a second in the Provincial Championship Qualifier before a well-deserved spell.

After a couple of trials, she headed to Kembla first up where she chased home solidly over 1,200m to finish and honest third.

Second up and Barossa Rosa would not be denied as Kerrin McEvoy rode her a treat settling just outside the leader, before knuckling down in the straight to power over the top to win by a head.

This improved Barossa Rosa Career Record to an impressive 10:3-3-1

Congratulations to all involved
Owners – A K C Thoroughbreds